What are Bullet Graphs and where are they used?

Key data overviews on dashboards are easier to understand by visualisation. The realisation is quite difficult, because standardised diagrams are uneligible for this function. Bullet Graphs, a special type of bar diagrams, have been especially developed by Stephen Few. Basically they are very suitable for  those purposes, but they hold some disadvantages in its common form (see illustration 1 and 2), which we have solved in our projects due to a modified, optimised form of visualisation.

Illustration 1: The components of a Bullet Graph as it is regularly used in dashboards 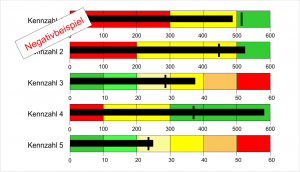 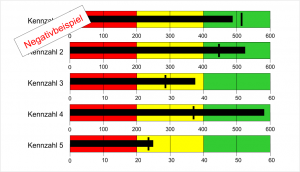 Illustration2: Dashboards with Bullet Graphs as they are often recommended and used

5 disadvantages of this Bullet Graph illustration

How to ideally use the idea of Bullet Graphs in dashboards

For the use in dashboards we use a specially optimised form of Bullet Graphs (Illustration 3), which avoid the named disadvantages and bring additional visual features. 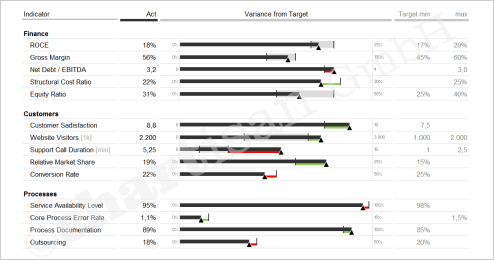 By the way, we have managed and automised the displayed example with some tricks in Excel. As often the idea was key not the tool. Having said this, we hopefully could inspire you. Should you look for further good ideas for your reporting, contact us! 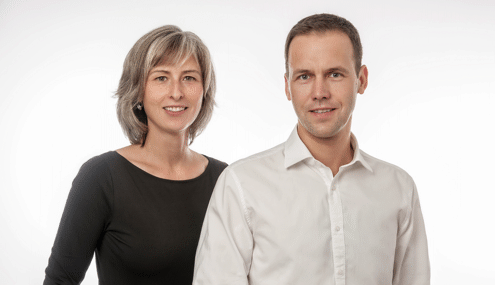 We are Silja and Markus Wolff, Founders of chartisan. Our work is for business thinker and clever practitioner in business analysis and reporting.